Open letter to Mark Zuckerberg, the founder and chairman of the Facebook

Open letter to Mark Zuckerberg, the chairman of the Facebook

Mr. Zuckerberg, you are the hope of the world and the father of globalization. You have connected the world’s countries together. You have broken the boundary of the expensive of both print and broadcast media by creating Facebook which is the leader of social media. In a dictator country like Ethiopia both broadcast and print media are owned by the government, which was not elected by the people for the people, but elected by itself using guns. In a country like Ethiopia, people’s voices are overridden by the wrong hands of governments. You have come with a solution for suffocated world information. I strongly believe that our world breathes information. Hence, your Facebook is one of the world’s lungs which helps the world to breathe information.
In August 2016, I felt happy when I heard news about your plan to connect the whole world and Africa to internet access. Most African countries are held by minority dictators. These dictators own the people and countries like their own properties although the younger African generation is revolting against them. According to this year’s Freedom House report, Ethiopia holds a record among the worst countries of the world which ban access to internet, practices censorship and thwarts freedom of information.  Ethiopia ranked ahead of Iran, Syria and China. In addition, Ethiopia cooperates with China to jam the free flow of information and to ban access to the internet even though Ethiopia is one of the ‘best allies’ of the West. You believe that having access to the internet is a basic human right.

Nowadays, the number one fighter against dictators is Facebook, because Facebook immediately exposes their evil doings. The dictators have also targeted Facebook at their front lines.  Facebook is preceding both broadcast and print media in feeding people with information, not only in developing and dictator countries, but also in developed countries, Thanks to mobile technologies and Facebook, dictators’ wrong hands and bloody hands can be exposed immediately. In their behavior, these dictators cannot live without being fake, but in the globalized and digitalized world of Facebook, there is no place to exist by sowing tyranny. This is why the ‘Ethiopia government’ first tried to block Facebook in Ethiopia, but when people systematically started to use Facebook with unique internet browsers, finally Ethiopia decided to totally close internet access. The ‘Ethiopia government’ points its finger to accuse modern technologies and Facebook; it believes that Facebook has been playing a great role in Oromo, Amhara, Konso, and Gedio Protests.

I strongly believe that you came to rescue us from dictators and bloody handed governments with your blessed plan of giving free internet access for African countries including Ethiopia from satellite. The dictators and tyrannical governments never can ever conquer you; Facebook and its peoples are the winner. You are the engineer in all victories of voiceless nations of the world. I would ask you on behalf of hundreds of millions of people, we need immediate help from you. Especially we Ethiopians need emergency treatment in order to survive from the current State of Emergency.
With Best Regards,

In two months Ethiopia arrested 6 journalists. Ethiopia has arrested six journalists since the State of Emergency has been declared.They are: Abdi Gada, Solomon Seyoum, Befikadu Hailu, Elias Gebru, Anania Sorri, and Getachew Worku. Practicing journalism seems to be a crime in ‘Ethiopia’, in the empire of a tribal dictator and a tyrannical government. Ethiopia always chooses to close its door on globalization (banning internet or face book and foreign media, banning NGOs and Human Rights Organizations) and kills, arrests and terrorizes its citizens even though Ethiopia is one of the best allies of the West. In 2015, United States President Barrack Obama went to Ethiopia and praised the country's dictator and tribal mafia government for his interests, but not for Ethiopians…

Freedom Letter is a book written by Journalist Daniel Gebremedhin Areri. Freedom Letter is the book which is written in multilingual-Afaan Oromoo, English and Amharic. It tells about violation of human rights and freedom of speech particularly in Ethiopia. It discloses tyrannical government’s wrong hands and so on. Buy and read it; it raised very interesting issues. Freedom letter was published in Stockholm, Sweden by Författares Bokmaskin publishing press. http://bokmaskinen.se/boktorget/biblioteket/freedom-letter/ 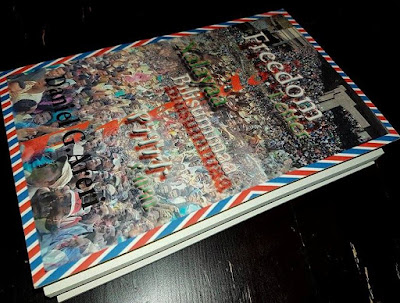 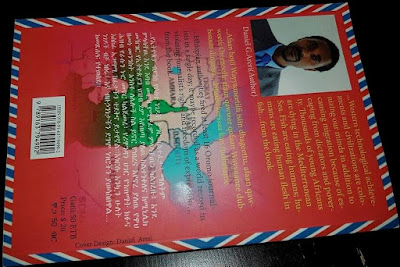 Here its link with PDF:

https://drive.google.com/file/d/0B6IRIm0YNvRMMlU4S1JvUUdOeGM/view
Posted by Unknown at 12:48 PM No comments: 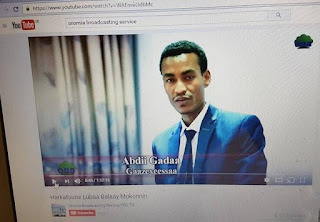 OBS-Oromia Broadcast Service Television journalist, Abdi Gada is found in Adama prison. Abdi Gada was arrested and imprisoned in Adama, Ethiopia. He was kidnapped by Ethiopian security forces last week on November 9, 2016 and nobody knew his whereabouts for a week. Our anonymous sources told us that Journalist Abdi Gada is imprisoned with Ifa Gamachis- a member of the Oromo Federalist Congress Political Party and others. A lot of people are also imprisoned. Our source said, “Abdi was not in Adama for more than a week. The Ethiopian government security forces took him somewhere out of Adama and after that they brought him to Adama jail.” 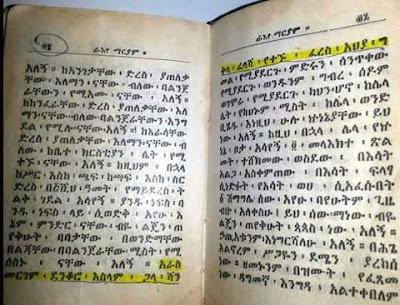 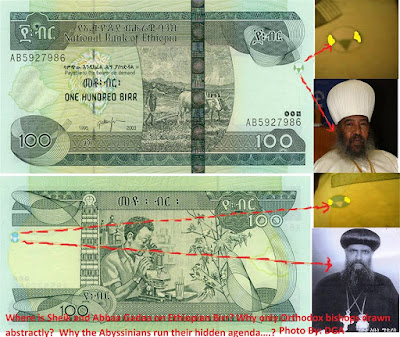 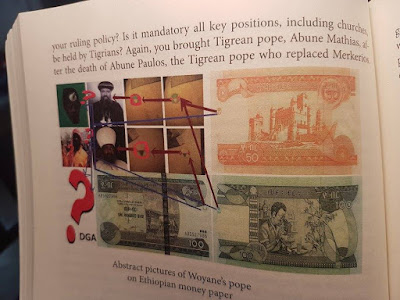 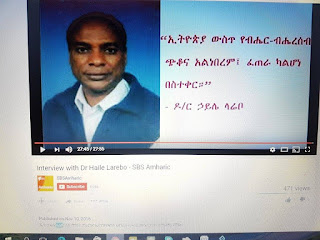